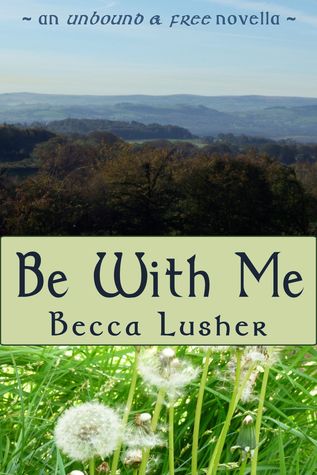 Disclaimer: The author is a friend. I have done my best to give an unbiased review. Also, this review contains some spoilers forUnbound and Free.

Everyone deserves a second chance at love…

Barely even a wife before she became a widow, Briallen feels like she’s lost everything–and now she has to stand by while a group of strangers moves in to the house she once called home. As hard as that it is to face, it’s made even more difficult by a man she feels drawn to, and two children she can’t help but love.

Elisud’s world is changing. Homeless and wandering, with a grieving nephew on his hands, he has no choice but to live on the farm–even when he feels the constant call of the sea. Determined to make things right for his nephew and daughter, he can’t help but notice Briallen and the bruised look in her eyes.

Both battered by grief and woes, can these two wounded people ever see past their own pain and accept the love that’s kindled between them? Or will their own self-doubts hold them back?

Set in the British Iron Age, this romantic novella deals with an age-old tale of loss, grief, healing and love, with a little help from family.

Be With Me takes place between the novellas Jealousy’s Shadow and Unbound and Free. While it could conceivably stand on its own, it isn’t really intended to do so and new readers will be missing some important context. Healing and family are key themes of the novella (as the blurb above suggests), with Demairo’s recovery from the trauma of Jealousy’s Shadow being as much an integral part of the story as the romance between Elisud and Briallen.

That said, Be With Me is quite a different story to the novellas in Unbound and Free. Both feature some intense family dynamics, but where the focus is on violence and survival in Unbound and Free, it becomes more about interpersonal relationships in Be With Me. The tone is cosier and more domestic. I found this benefited its historical aspect. In Unbound and Free, I wasn’t sold on this element; the setting felt it could equally be generic fantasy or historical fantasy. That’s not the case in Be With Me, where the details of day-to-day life come more to the fore. Every member of the family is expected to do their part and things begin to break down when this doesn’t happen, setting everyone on edge. The novella gave a very clear sense of what it is like to be part of a small community, almost to the point of claustrophobia. True privacy is hard to come by for Elisud and Briallen, making the moments they snatch together all the more sweet.

This more intimate setting also allows a nice exploration of the ways in which this society’s expectations have hurt both genders. While the relationship at the heart of the novel is a heterosexual one, it doesn’t use this as a pretext to pretend homosexual relationships don’t exist, even in this historical setting. However, while they may exist, they are not necessarily accepted, and it was interesting to trace how the consequences rippled outward. While the clan into which Elisud and Briallen have been adopted might ultimately love and need each other, their love is not always gentle; just as with any family, there are elements that are lazy, unpleasant and hard to love. Having reasons why they might be the way they are doesn’t necessarily make them easier to bear but it did make me nod in recognition.

The pacing Elisud and Briallen’s relationship was perhaps a touch uneven. There was a moment not long after they first meet that had me concerned they were veering a little too strongly towards insta-love. Yet on the whole, their relationship progresses slowly enough that it made me want to shake them towards the end.

I found Be With Me to be a sweet, character-driven romance that was well worth my time and an excellent addition to the Aekhartain series.