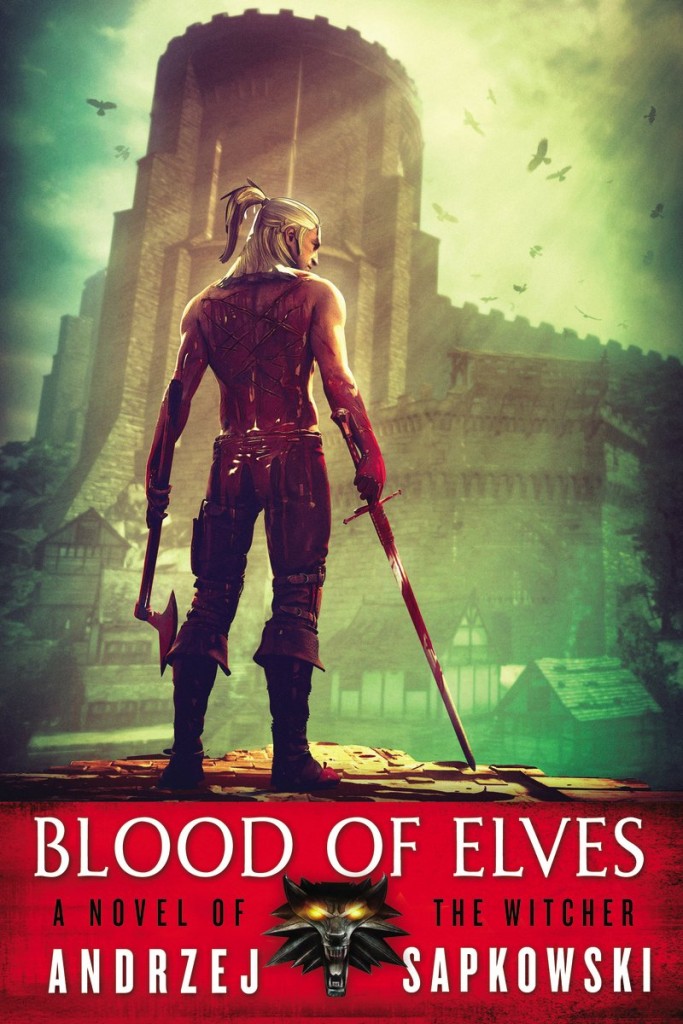 When an invading empire conquers her country, Ciri is rescued by a monster hunter called Geralt of Rivia. The princess slowly learns magic and trains as the first female witcher (as the monster hunters are called). However, her guardian has his hands full trying to keep her safe from the various factions trying to kill her.

My first encounter with Geralt of Rivia was through a computer game called The Witcher. This fantasy RPG was released in 2007 and quickly became popular, leading to a sequel. The third game is now set to be released mid-2015. I found the games featured some excellent story-telling and I appreciated the way they asked the player to make some difficult choices as Geralt negotiates tensions between the ruling humans and the races they oppress.

These computer games were inspired by a series of novels by Polish author Andrzej Sapkowski. The popularity of the games led to the novels being translated into English fourteen years after they were first published. Having enjoyed the games (with a few reservations), I was intrigued enough to try the books.

Surprisingly, I found the games kept pretty true to the feel of the book, despite not being an exact retelling. Since this is only the first book in the series, it is difficult for me to pinpoint where all the differences lie. The most obvious one is that the game has tweaked the circumstances towards monster-hunting while the book focuses more on the political machinations. The difference wasn’t as great as I expected, but it did make me aware of just how often the book involves people standing around talking. While there were some instances where this approach worked, others felt too much like infodumping and I wondered whether there was a better way of delivering the information.

The structure of the book was quite interesting. Each chapter reads like a vignette, with time skips in between. I liked the way this kept events moving forward and the conclusions were reasonably satisfying. The conclusion to the book as a whole was less satisfying, leaving it feeling more like setup than story.

There’s a strongly European influence on the worldbuilding. Part of it is the physical setting: ruined castles, dark forests, warmer nations to the south. Part of it is also political. This is a world with a long history, often involving bloodshed as each wave of invaders seeks to conquer the last. This has resulted in a cluster of small kingdoms who squabble almost as much with each other as the empire that threatens them all. These kingdoms are also very keen to make sure the races they previously conquered remain subdued and there are references to pograms in the recent past. Such echoes of European history make this much more than a straightforward, hack-and-slash fantasy narrative. For me, this examination of racism and violence lifted it a little above the standard fantasy setting.

Despite the presence of elves and dwarves, this is fantasy much more in the vein of George R.R. Martin than R.A. Salvatore. If you like your fantasy dark with plenty of intrigue and moral ambiguity, Blood of Elves may be for you. However, before you dive into it, I’d recommend reading The Last Wish. Although Blood of Elves is billed as the first in the series, it was preceded by a book of short stories and these stories provide some necessary context.