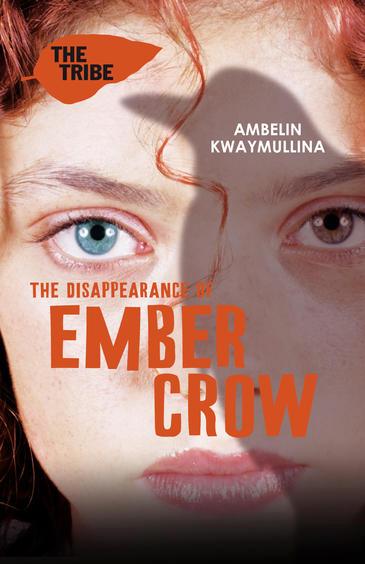 With the Tribe now safe from Neville Rose, Ashala Wolf should be able to relax. Instead, she finds her Sleepwalking power out of control, making her a threat to everyone around her. To protect her Tribe she takes refuge with the local wolf pack. While she’s there, her best friend, Ember Crow, goes missing. Ashala must return and find Ember before Ember’s past catches up with them all.

I read the first book in the series for the Diversiverse Reading challenge and was very pleased with the way it handled diversity. I was even more pleased to see The Disappearance of Ember Crow build on that, expanding to include not just race but also sexuality and chronic illness (and another, more spoilery element). As in The Interrogation of Ashala Wolf, these portrayals are not the focus of the story (spoilery element excepted), but are included very naturally in passing.

The book also introduces a diversity of landscape that was missing in the first book. This time around, Ashala and Ember do a bit of travelling, allowing the reader to see a bit more of what their world looks like. The landscapes all have a strong Australian influence, making them very recognisable to me. This delighted me because I have an interest in Australian natural history and don’t often encounter fictional landscapes that feel familiar, let alone multiple landscapes in the same book.

There is a lot going on in The Disappearance of Ember Crow. It is told in first person from two points of view. The majority of the story is from Ashala’s point of view, but there are key passages from Ember’s perspective. While this mostly worked well, I felt that Ember’s story suffered a little. I would have liked to see more of her relationship with Jules and with her youngest brother. That said, The Disappearance of Ember Crow is already sizeable enough, so I understand that there may not have been the space.

The pacing wasn’t quite as tight as in The Interrogation of Ashala Wolf. While still being a page-turner for me, it didn’t have quite the same edge-of-my-seat tension because the threat wasn’t as present and therefore lacked the same kind of power. The ending also had a lot of action packed into it and I felt there were a few significant moments that weren’t given the space they needed.

The younger characters remained a strength of the story. Their flaws were evident once more and I appreciated seeing them not always make the right decision. In contrast, the adult characters remained fairly two-dimensional, very black and white. It would be nice to see them given a little more depth.

Overall, I found The Disappearance of Ember Crow to be a very ambitious book. It doesn’t always pull off what it sets out to do but it remains a fantastic read. I will impatiently await the release of the next book in the series, The Foretelling of Georgie Spider.