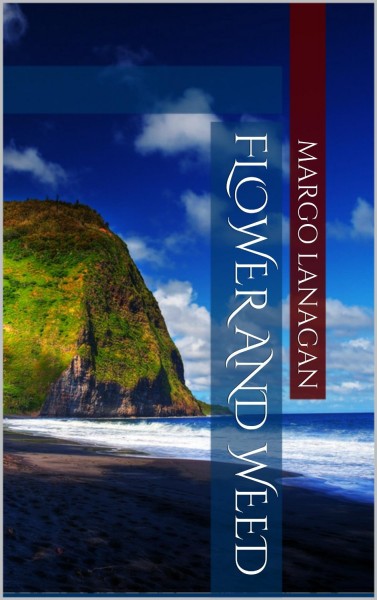 While not technically part of a series, Flower and Weed is a short story connected to Margo Lanagan’s novel Sea Hearts. It focuses on one of the minor characters from the novel and shares a glimpse into part of her life previously glossed over. Because the story takes place during the events of Sea Hearts and involve some minor spoilers, it is not really a story for those who haven’t read the novel. Likewise, this review contains minor spoilers for Sea Hearts and major spoilers for Flower and Weed.

Flower and Weed is very much a story worth reading. In my review of Sea Hearts, I mentioned that the novel was strongly feminist. It shows how the human women on Rollrock Island are replaced with slender, beautiful, emotionally-absent selkie wives. In this way, it comments on modern society’s obsession with weight and perfection. This is the negative side of the coin. Flower and Weed is the other side, showing us a fantastically fat-positive portrayal of sex. Worn down by the grief and depression of his selkie wife, our unnamed male narrator finds himself lusting after the only sexually-available human woman on the island. Trudel is full-bodied with freckled skin and red hair. She delights in the earthiness of sex–quite literally, as the pair rut in a field. She is an anathema to the standards of modern society and to Rollrock Island. Yet Lanagan uses her gorgeous command of language to show Trudel as desirable at all times. Even once our protagonist turns away from her in shame, it is the shame of being disloyal to his wife rather than shame at Trudel’s appearance and attitude.

Obviously, Flower and Weed is not a story that stands on its own legs. While there is some effort at developing an emotional connection between the reader and the narrator, it largely depends on the groundwork laid by Sea Hearts. It also means that the character’s journey can only ever be one that maintains the status quo, which I found vaguely dissatisfying, even while I acknowledge it was appropriate. Another thing that tripped me up was the change to Misskaella’s name–shown in Flower and Weed as Messkeletha. This could be an indication that Misskaella is so insignificant to the narrator that he doesn’t even know her proper name, but it slowed me down to begin with as I struggled to place the story within the context created by Sea Hearts.

However, overall I found Flower and Weed to be an excellent story and I highly recommend it to anyone who has read Sea Hearts.