I hadn’t intended to make signal boosts a regular part of this blog but I get too many tasty tidbits to resist. So welcome to Loose-leaf Links. 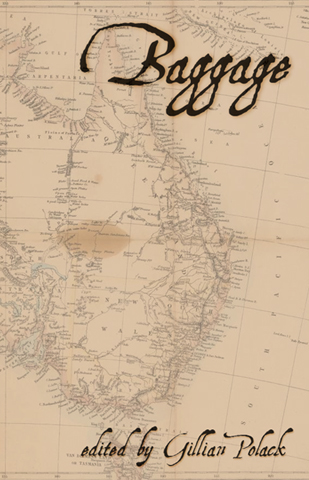 If the gorgeous cover above looks familiar to you, it may be because you’ve seen it in my portfolio. I was a sub-editor on the anthology and it was one of the highlights of my editing career so far. It is packed full of thoughtful stories from a variety of talented Australian authors. Many of these stories have stuck firmly in my memory, despite it being a number of years since I first encountered them. The book went out of print after the initial publisher, Eneit Press, shut down, but no longer! Wildside Press have given it a new cover and Baggage is now available on Amazon.

There have been a few new  books out this month by authors I’ve been keeping an eye on. Becca Lusher released Be With Me, a historical romance novella. While it ties in with her ongoing speculative fiction series Tales of the Aekhartain, it is a standalone novella and is currently being offered for free.

This month also saw the release of Tales of the Little Engine, a collection of stories for younger readers written by Lynn O’Connacht. The collection builds on her short story The Little Engine That Couldn’t and includes two essays on the influences and ideas behind the stories.

If your tastes run more to the literary, Jodi Cleghorn has released a collection of short fiction called No Need to Reply. Jodi’s first solo publication experiments with style, structure and form. Readers are invited to pay what they want for the e-book. A print version is also available.

Macquarie University is preparing to undertake a major study into the changes in the Australian book industry. In preparation, they conducted a forum in which they discussed a range of related topics with a number of Australian authors. Australian Author Online are running a series on the results of the forum. While the series is only available to subscribers, the first installment is free and raises some interesting issues.

Some of you may recall that last month I read The Interrogation of Ashala Wolf by Ambelin Kwaymullina as part of the Diverse Universe reading challenge. The challenge aimed to encourage the reading of books written by persons of colour. Kwaymullina is also promoting this goal and has written a guest post for the Australian Women Writers blog. In her post, she recommends five very different publications written by Indigenous women. If you’re looking to introduce more diversity into your reading, her recommendations are worth checking out.

Megan Kerr at the Writers’ Greenhouse shares a wonderfully detailed account of a panel on editing that took place at FantasyCon 2014. It touches on many of the things I discussed in my editing workshop at Conflux 10, with the added bonus of multiple perspectives. Definitely recommended for those looking to learn more about what the editing process actually involves, particularly in relation to big publishing houses.

Today is the last day to put in a bid for the October offerings, so if you are an Australian anime fan please hurry over.

In my report on Conflux 10, I mentioned wishing I had a Time Turner. If one exists, it is still being kept hidden from muggles like myself. I’ve found the next best thing to be other people’s convention reports. If you’re likewise looking for more perspectives on the event, here are a few I’ve found so far: