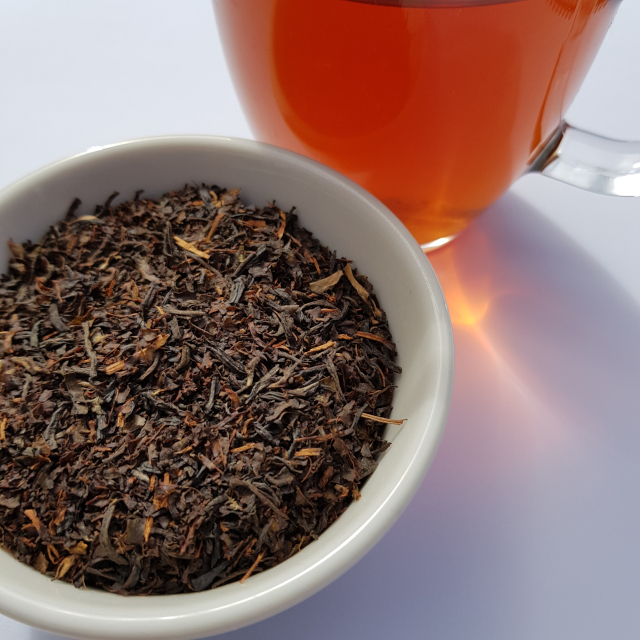 Loose-leaf Links is a feature where I gather together the interesting bits and pieces on sci-fi, fantasy and romance I’ve come across and share them with you over tea. Today’s tea is Wombat Tea from the art of tea. I love a good Assam tea and this one comes blended with equally strong Daintree tea and a separately wrapped cube of chocolate (which you can be sure I’ve already eaten). Some of the profits from this tea go to Bonorong Wildlife Hospital.

Shortlists have been announced for the 2018 Aurealis Awards. I’m very proud that Mother of Invention has a nomination for Best Anthology.

The British Science Fiction Association have announced the shortlist for their 2018 Awards. Particular congratulations to Likhain for her nomination. BSFA Members now have until 15 April to vote for the winners.

In yet more shortlists, announcements have been made for the 2018 Nebula Awards, the 2019 Audie Awards and the 2019 BookTube SFF Awards.

2018 Tiptree Fellowships have been awarded to two new recipients. The Fellowships grant $500 to creators whose work attempts to challenge conventional views of gender.

Nominations are open for the 2019 Ditmar Awards until 24 March. A partial eligibility list is available (wherein I appear for best short work for “New Berth”, best Fan Publication in Any Medium for this blog and Best New Talent, along with a number of other amazing people).

Voting for the Get Up-and-Over Fan Fund is open until 22 April. GUFF will be sending one Australiasian delegate to Worldcon in Dublin in August.

The Science Fiction and Fantasy Writers of America have listed the candidates for their Board of Directors. Members will be able to vote from 14 March.

Readers planning to attend WorldCon in Dublin in August may be interested in Cheryl Morgan’s walking tour Twitter thread.

Over at io9, Charlie Jane Anders writes on why she wants complicated female characters who screw up rather than strong female characters. But this is a false dichotomy, as Sandstone pointed out.

I missed another of Lynn O’Connacht’s essays on asexuality and aromanticism. In this one, she looks at the respective merits of using an explicit label for marginalised characters vs simply implying their identity through the fiction. She also discusses how fantasy saved her life (CW: depression, suicide and suicidal ideation).

Ellen Datlow has a call out for horror works published in 2019 eligible for her Best Horror of the Year anthology.

Don’t forget to check out the SFWA’s market report for February.

The 2019 Award Mentorship Program for Writers and Illustrators is open to Australian creators until 15 March.

Expressions of interest for HARDCOPY, a development program for Australian writers, also closes 15 March. This year the focus will be on non-fiction.

John Scalzi weighs in on giving up your day job to become a full-time writer.

Over at Book Riot, Carolina Ciucci gives an overview of the latest plagiarism scandal rocking the romance genre.

Uncanny Magazine have released the results of their 2018 Favourite Fiction Readers Poll.

Stephanie Burgis has another cover reveal, this time for her middle grade novel The Princess Who Flew with Dragons.

The Qwillery interviews Leife Shallcross after the US launch of her fairy tale retelling The Beast’s Heart.

And Sandhya Menon has announced that she’ll also be taking a crack at retelling Beauty and the Beast in her novel Of Curses and Kisses, slated for publication in 2020. I loved her contemporary YA novel When Dimple Met Rishi, so I’m looking forward to seeing her spin on the classic fairy tale.