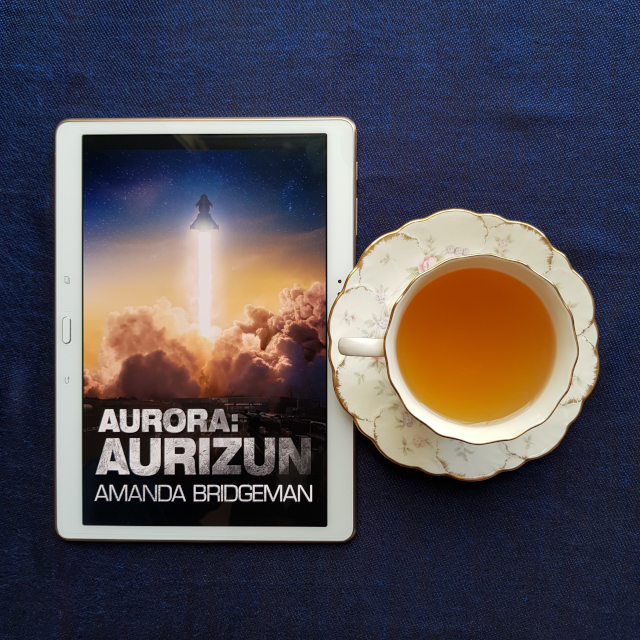 The battle is over, but the war is just beginning . . .

The Zeta invasion has occurred and the world now knows the truth: that an alien threat exists. While the UNF scramble to maintain calm, the pressure mounts to finally reveal their black ops ALPHA soldiers. The only question is, who will be entrusted to lead them?

Harris is still reeling from the devastation that occurred during Decima, and when a startling discovery is revealed, he suddenly loses the trust of the UNF. Next in line is McKinley, but still recovering from his injuries, hes struggling to accept what he has now become. Carrie, on the other hand, is the strongest shes ever been, but her linkage to Harris, and his to the Zetas, sees them forced out and treated as the enemy.

The power they once had within the UNF is lost.

Without a ship or a leader, and with enemies closing in on all sides, the Aurora team must fight to regroup and claw their way back from oblivion.

Carrie, Harris and McKinley face their most explosive showdowns yet, in this action-packed instalment that will leave readers on the edge of their seats!

Reading through the Aurora series thus far has been a long journey: the last instalment was published a bit over two years ago. Bridgeman hasn’t been idle in that time, releasing both a self-published title (The Time of the Stripes) and a traditionally published book (The Subjugate out from Angry Robot). This dedicated work ethic shows through in Aurora: Aurizun. There were a couple of rough spots in the writing style early on, but these quickly smoothed out and, on the whole, were an improvement on previous books.

The pacing remained a little uneven. The story is divided into two parts, with the beginning of the first part largely given over to the fallout from the previous book. This had the potential to feel slow, but there was enough emotional weight to keep things tense. The action peaks at the end of the first part, then slows down as the different factions manoeuvre around each other, before building up once again to the big finale I’ve come to expect from this series.

Once again, this is not a good entry point for new readers. Not only is this the seventh book in the series, but these are not small books and they feature a large cast. Being swamped with award reading, I didn’t get a chance to look back over the previous books in the series, so I feel it is a credit to Bridgeman’s writing that I was able to ease back into the story with minimal confusion over who was who.

However, this may also be due to the fact that this book doesn’t spend a lot of time with the crew of the Aurora. Having lost their ship in the previous book, they spend most of their time cooling their heels, with the focus being more on the personal journeys of Carrie, Harris and McKinley. A schism in the UNF also takes a lot of the spotlight as the top brass split over the best strategy to combat the looming alien threat. Readers who like politics and shifting alliances should very much enjoy this book.

The story also does a good job of continuing the themes of bodily autonomy that have woven throughout the series. I particularly appreciated the way it touched on women’s reproductive rights and how these get hijacked by the patriarchy for their purposes. And I was gratified to see the inclusion of more queer representation, particularly in a character who defies the usual stereotypes.

While I generally enjoyed the story, I was ultimately left with the feeling the series was treading water. There were some steps forward, particularly in relation to the personal journeys of the three central characters. However, these mostly felt like tying up loose ends from previous books rather than treading new ground. The characters are on a deadline, albeit a long one, so the wasting of time does raise the stakes somewhat for future books. That said, it didn’t make for a satisfying read and, given how long the series already is, I wonder how much of it is necessary.

In between all the politicking are some excellent set pieces. The action sequences are strong, visual and violent, helping to anchor the tone of the series.

All in all, Aurora: Aurizun was a solid instalment of the series and I’m curious to see what the next books hold.