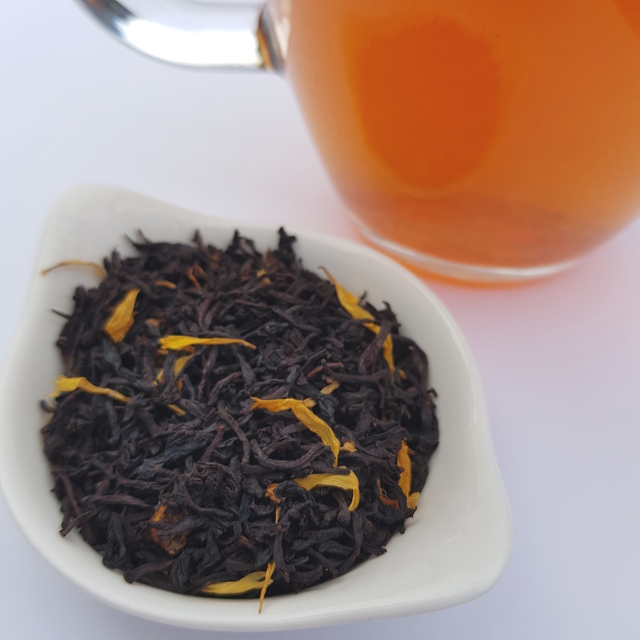 Loose-leaf Links is a feature where I gather together the interesting bits and pieces on sci-fi, fantasy and romance I’ve come across and share them with you over tea. Today’s tea is Summer Passion Fruit by The 1872 Clipper Tea Co. It smells as tropical as it sounds and will appeal to anyone who loves French Earl Grey.

I might have mentioned a few times that I have a story in the Mother of Invention anthology, edited by Tansy Rayner Roberts and Rivqa Rafael. Obviously, I think it’s an awesome anthology, but if you’re looking for a more objective perspective, Liz Bourke has reviewed the anthology over at Tor.com.

If you missed seeing this year’s Hugo Awards, the video is now up on YouTube.

Nicholas Whyte breaks down some of the stats on this year’s Hugos, while Alis Franklin takes a look at the nationalities of Campbell Award nominees and winners (spoiler alert: good luck if you’re not from the US).

For those already gearing up for next year’s Hugo Awards, JJ has a page on works eligible for Best Series over at File 770.

The Romantic Book of the Year (RUBY) Awards were presented by the Romance Writers of Australia.

The Children’s Book Council of the Year Awards were also presented. I was especially delighted to see In the Dark Spaces by Cally Black (which I’ve previously reviewed for The Skiffy and Fanty Show) receive an honourable mention in the Older Readers category. Cally Black also writes as Bren McDibble and her environmentally dystopic book How to Bee won the category for Younger Readers.

Foz Meadows shares some reflections on WorldCon and fannish entitlement.

Danielle Binks criticises the lack of YA and genre programming at the Melbourne Writers Festival.

Canberra locals will have the opportunity to attend a launch of Alan Baxter’s new supernatural thriller Devouring Dark on 17 November at Harry Hartogs.

Sydneysiders can expect to see Sam Hawke at Galaxy Bookshop on 14 October. She’ll be chatting with Annie McCann about City of Lies.

Speaking of Sam, she has a guest article over at SFFWorld on inclusivity and diversity in speculative fiction.

At Bustle, Kristian Wilson reports that male authors are four times more likely to recommend books by men than by women. Stats are taken from the most recent 100 of the New York Times’ By the Books column.

Marlee Jane Ward writes about her experiences of being both ignored and sexually harassed at WorldCon.

After examining the Campbell Award, Alis Franklin posits that everything wrong with science fiction is John W. Campbell’s fault.

Ann Leckie takes aim at the people claiming no one likes N.K. Jemisin’s work for anything other than identity politics brownie points.

Ann is joined by Foz Meadows, Jennifer Foehner Wells, and Judith Tarr for a round-table on domesticity in space opera hosted by Joyce Chng at Strange Horizons.

coeur de lion is open to submissions up to 40K for the month of October.

KJ Charles discusses the intersection of research and inspiration in historical romance.

Chuck Wendig talks about why writing a series is hard.

Kathleen Jennings, Kim Wilkins and Namila Benson discuss whether the distraction of modern technology is stifling our creativity.

Tiamat’s Wrath, the next book in James S.A. Corey’s series The Expanse, has been delayed until March 2019.

The Table of Contents for the Best American Science Fiction and Fantasy 2018, edited by John Joseph Adams and N.K. Jemisin, has been announced.

Donna Maree Hanson has released a small collection of her short stories called Through These Eyes.

Romance writer Alyssa Cole has announced she has a new novella coming out with Audible Originals. The sci-fi romance will be called The AI Next Door and will be out in 2019.

Elizabeth at the YouTube channel Books and Pieces is starting up a new online book club. Called Lady Vaults, it will focus on SFF from beyond the last decade written by women. In her introduction, she announced she’ll be starting with The Red Magician by Lisa Goldstein. If you’re interested in participating, you can join the Goodreads group or check out #LadyVaults on Twitter.

Liberry is a new customisable app to track reading. It’s currently in development and they’re keen to get an idea of what readers are interested in tracking. If you’d like to help out, consider filling out their short survey.

Over at BookRiot, Nikki Vanry takes a look at the 15 most commonly DNFed books on Goodreads for August 2018.