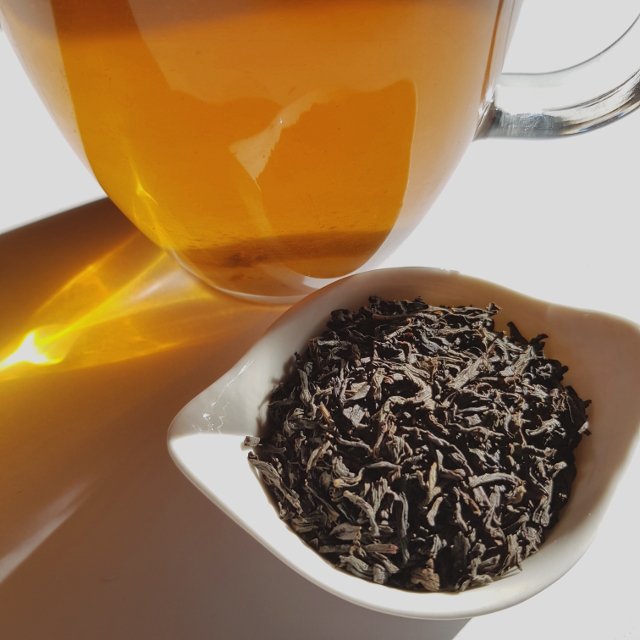 Loose-leaf Links is a feature where I gather together the interesting bits and pieces on sci-fi, fantasy and romance I’ve come across and share them with you over tea. Today’s tea is Lapsang Souchong by Lupicia. I bought this while in Melbourne for Continuum and I’ve been drinking it non-stop ever since. The tea itself isn’t strong, but has a powerful smoky flavour that’s perfect for winter.

The winners of the 2018 Locus Awards were announced last month.

The Science Fiction and Fantasy Poetry Society has released the winners of the 2018 Rhysling Awards.

The winners of Mark Lawrence’s third annual Self Published Fantasy Blog-off and have been announced and a new round is already underway.

The nominees of the 2018 ENnie Awards have been released. The awards recognise excellence in RPGs and related items.

There was some discussion (rounded up by File 770) of the need for a Best Translated Work category for the Hugos. This could potentially be a good way of adding more World back into Worldcon.

On a related note, Paul Weimer points out the US government’s new travel ban may have a chilling effect on Worldcons hosted in that country.

Shimmer Magazine has announced it will be publishing its last issue in November.

Conflux are looking for volunteers and programming suggestions for their convention in September.

Kate Bullock discusses tabletop RPGs, trauma, and why your GM is not your therapist.

Kate Aidley writes the truth about sexual harassment and board gaming.

Mary Robinette Kowal discusses the power of narrative and the responsibilities that come with creating narratives.

Sam Hawke writes about using SFF to break the through cultural norms.

Jen takes a look at how many romance novels by authors of colour or featuring LGBTQIA characters are reviewed by professional romance outlets.

Sarah Gailey discusses how a sensitivity read changed her life.

Twelfth Planet Press are also opening for novella submissions from 1 August. Submissions should be festive-themed.

Fireside Magazine are looking for novels and novellas. They’ll be open to manuscripts up to 120K beginning 1 August.

Brenda W. Clough lists some things to deal with after you’ve written your first draft.

Peter Ball has a short rant about submission guidelines.

Amanda Bridgeman has a new sci-fi thriller out with Angry Robot Books. The Subjugate will be out 6 November.

Readers looking for cosy stories exploring demisexual/allosexual romantic relationships may be interested in checking out Among the Glimmering Flowers just released by Lynn O’Connacht.

Twelfth Planet Press have unveiled the cover for Mother of Invention edited by Rivqa Rafael and Tansy Rayner Roberts. The artwork is by Likhain and is a thing of beauty.

The cover for S.A. Chakraborty’s The Kingdom of Copper, sequel to The City of Brass, has been revealed over on Tor.com.

And if you’re looking for help with shrinking your Mt TBR, Dewey’s Read-a-thon are having a surprise bout. It will begin on 28 July, 10 AM (AEST).