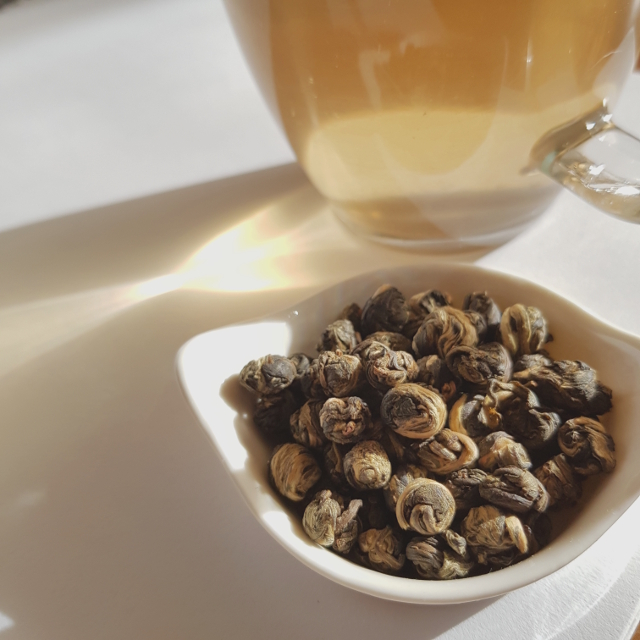 Loose-leaf Links is a feature where I gather together the interesting bits and pieces on sci-fi, fantasy and romance I’ve come across and share them with you over tea. Today’s tea is Buddha’s Tears from T2. It’s a light green tea flavoured with jasmine, good with meals or whenever you need something gentle and relaxing.

Lots going on with the Aurealis Awards! The judging panels for 2018 have been announced (I’ll be judging the YA categories!), and the awards are currently open for entry. This year it includes the Sara Douglass Award for Best Series.

The finalists for the 2018 Mythopoeic Awards have also been announced. Particular congratulations to Garth Nix, whose middle grade fantasy Frogkisser! was nominated for the children’s category.

The Melbourne Prize Trust have announced a new award for early-career writers of all genres. The Readings Award will offer $5000 cash and a residency at the Norman Redpath Studio.

Conflux have announced Ambelin Kwaymullina as their Guest of Honour. I’m excited!

Swancon is headed for Fremantle in 2019. Guests of Honour include Annalee Newitz and Charlie Jane Anders.

Bogi Takacs kicks off a series recommending work by trans and intersex authors.

Romance publisher Less Than Three Press are currently taking submissions for their anthology Life After All. Stories should be post/apocalyptic LGBTQIA romance between 8K & 15K words. Submissions close 31 July.

Joel Noum is running a 2-month course on self-publishing. Joel has a lot of experience in the publishing industry–including establishing Pan Macmillan’s (former) digital imprint, Momentum–so it’s an excellent opportunity. He’s also looking to gauge interest in an Australian writers festival for self-publishers.

Keen academics and roleplayers might be interested in this call for papers on transmedia storytelling, tabletop roleplaying, and fandom. Submissions close 15 July.

I attended a couple of book launches while at Continuum, including Gillian Polack’s Mountains of the Mind. This collection of short stories is now out from Shooting Star Press and has a cover by the amazingly talented Kathleen Jennings.

Vulture Bones is a new magazine featuring spec-fic from trans and enby writers. Their first issue is now online.

Jessica Pryde has a list of time travel romance novels for those looking to move beyond Outlander.

And if you haven’t already seen this article from Geek & Sundry about the middle school girls D&D club, you should definitely check it out.