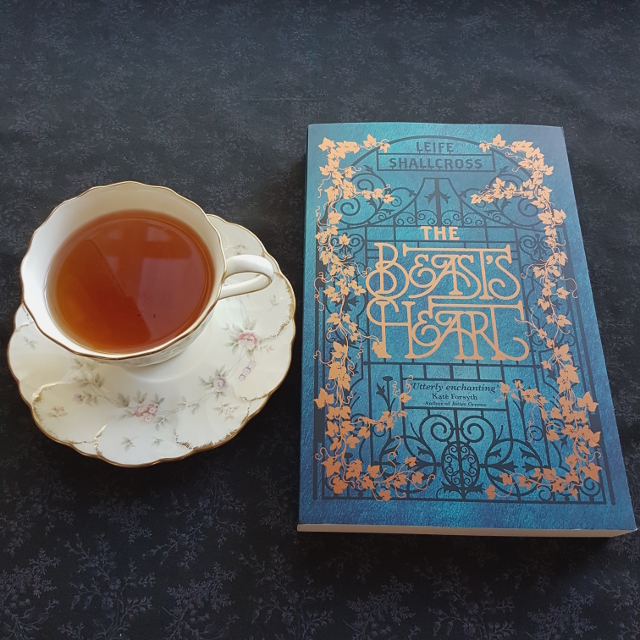 I am neither monster nor man… yet I am both.

I am the Beast.

The day I was cursed to this wretched existence was the day I was savedalthough it did not feel so at the time.

My redemption sprung from contemptible roots; I am not proud of what I did the day her father happened upon my crumbling, isolated chateau. But if loneliness breeds desperation then I was desperate indeed, and I did what I felt I must. My shameful behaviour was unjustly rewarded.

My Isabeau. She opened my eyes, my mind and my heart; she taught me how to be human again.

I am a sucker for Beauty and the Beast retellings, so I was delighted to get my hands on a copy of this book. The Beast’s Heart manages to walk the line between honouring many of the traditional elements of the story and bringing some fresh twists.

The fairytale of Beauty and the Beast is one that comes with problematic elements, particularly around the issue of consent. The Beast’s Heart does its best to mitigate these. As indicated by the title, the story is told in first-person from the Beast’s perspective. It opens in the years after the curse has been laid upon him, skimming through decades of living as a wild monster in the forest and then clawing his way back to humanity. His attempt to live as a human once more is still fresh when Isabeau’s father stumbles upon the chateau, needing shelter from the wicked weather of midwinter. It has been a long time since he has seen another human being and he is self-conscious and socially awkward. The story doesn’t try to excuse his actions in blackmailing Isabeau’s father into bringing her back to the chateau, but it does put his deeds in a somewhat more sympathetic context. Indeed, the Beast is quick to reproach himself, and when Isabeau does arrive he offers the chance to leave. Instead, she agrees to keep him company for a year, easily seeing his profound loneliness.

Although the story comes from the Beast’s perspective, it is equally Isabeau’s story. The story does a wonderful job of conveying her moods and implying what’s going on with her even when the Beast doesn’t fully understand. We also get to see what happens to her as the Beast watches her through his magic mirror. Although this usually only takes place in sequences while Isabeau is absent from the chateau and is presented in a way that avoids sexualising Isabeau, it nevertheless creates a new issue with consent that perhaps wasn’t addressed as thoroughly as necessary.

The conceit of the mirror could also have rendered the Beast rather passive throughout sections of the novel, but manages to neatly sidestep through its use of magic.

The mirror also enables a couple of subplots involving Isabeau’s family. This was a nod back to the fairytale’s earlier incarnations in which our Beauty is the youngest of three sisters. Fairytales rarely show siblings in a positive light, and, indeed, Isabeau’s sisters start off in a way that doesn’t show their best side. It was therefore a delight to see them rally and support each other, to see them miss Isabeau and express affection for her. Her absence becomes a catalyst for their growth, which in turn inspires the Beast to take action in relation to his own situation.

Another aspect I very much enjoyed was the chateau itself. The magic of the curse reflects the status of the Beast’s relationship with Isabeau in the condition of the mansion, becoming dilapidated when things aren’t going well, and restoring itself as the two grow closer. Although the magic often responds to the Beast’s wishes and commands, it’s sometimes capricious, giving the location a personality of its own.

The story tries hard to evoke a fairytale feel and I found the style to be a bit overwrought in places–notably the beginning and ending. However, the characters carried it through, and the Beast’s genuine concern for Isabeau was touching.

Despite one or two flaws, I found The Beast’s Heart a charming retelling of the classic tale.