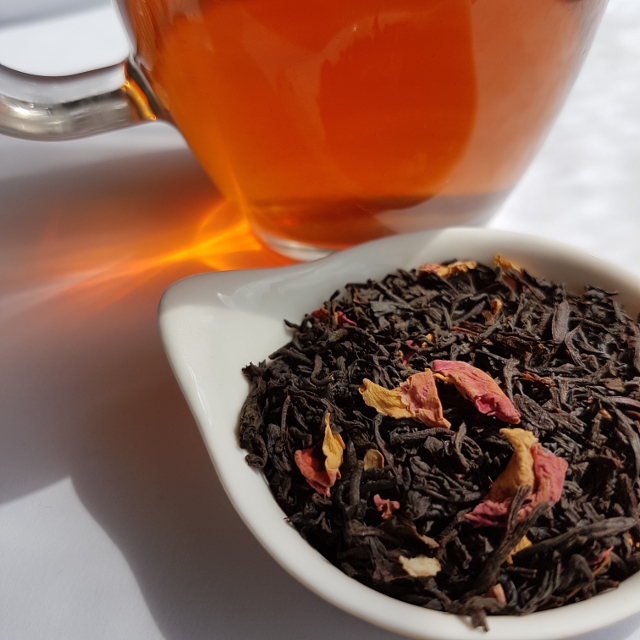 Loose-leaf Links is a feature where I gather together the interesting bits and pieces on sci-fi, fantasy and romance I’ve come across and share them with you over tea. Today’s tea is China Rose from Adore Tea. It’s pretty much as it says on the box. Rose has a strong scent and can be a bit of an acquired taste, but I’m fond of flowery teas.

The World Fantasy Awards were announced last weekend. Congratulations to all the winners, but especially to Jack Dann for winning the Best Anthology category with Dreaming in the Dark.

The A. Bertram Chandler Award is currently open for nominations. The award is given for lifetime achievement in Australian science fiction.

A reminder that entries for the 2017 Aurealis Awards close soon. The awards are open to Australian works of SFF published in 2017.

Also, if you’re hoping to nominate works for the 2018 Hugo Awards, you need to make sure you’re a member of Worldcon 75, 76 or 77 before the end of the year. Thanks to ULTRAGOTHA and File 770 for the reminder.

The World Fantasy Convention announced that Margo Lanagan is going to be one of their 2019 Guests of Honour. Congratulations, Margo! The convention will take place on 31 October until 3 November in Los Angeles. The theme will be Fantasy Noir.

The minutes for the 2017 Worldcon Business Meeting are now online.

Liz Bourke takes apart the argument that publishing’s focus on diversity comes at the cost of quality.

File 770 reports on Rebecca Kuang’s criticism of the WFC panel on cultural appropriation.

Sarah Kuhn discusses Asian female aggression and the trope of the dragon lady.

Chuck Wendig reminds readers that not being inclusive is also a political choice.

Shoreline of Infinity Science Fiction Magazine are looking for fiction, non-fiction and poetry from women for their special issue celebrating International Women’s Day.

Maggie Stiefvater speaks out about the effect digital piracy had on her career.

Over at Barnes & Noble, Jeff Somers suggests 13 books by SFF authors that offer a masterclass in writing.

Shooting Star, a new Canberra press, have announced they will be publishing a collection of short stories from Gillian Polack in 2018.

Max Gladstone and Amal El-Mohtar have teamed up to produce a novella that will be published by Saga Press in 2019. That’s entirely too long to wait.

Restoration, the third book in Angela Slatter’s Verity Fassbinder trilogy, has a cover!

If you’re looking for some impetus to tackle those 500+ page books on your Mt TBR, the Tome Topple reading challenge starts 17 November.

Romance Novels for Feminists celebrates its fifth anniversary with a list of recommendations.

And lastly, James Davis Nicholl offers six SFF book series that should be made into role-playing games.