By Elizabeth on June 30, 2017 in News and Signalboosts 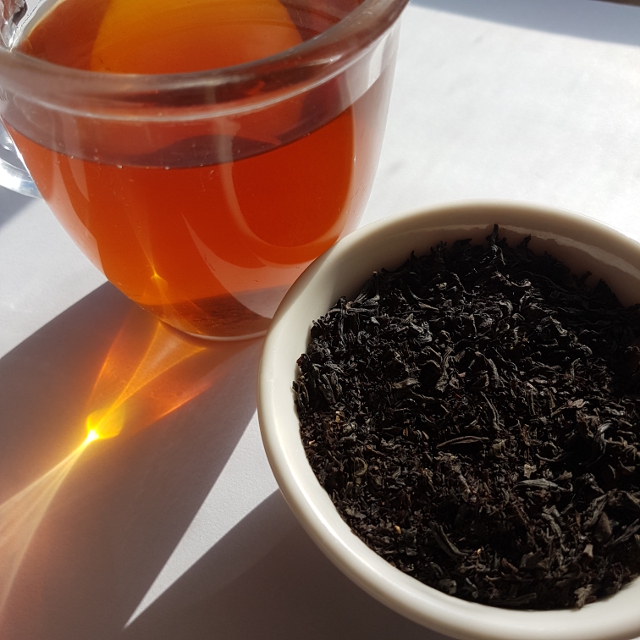 Loose-leaf Links is a feature where I gather together the interesting bits and pieces on sci-fi, fantasy and romance I’ve come across and share them with you over tea. Today’s tea is one I picked up while at Continuum: Vic Market Mornings by McIver’s Tea and Coffee Merchants. I like my teas strong, but this verges on a little too bitter for me to drink straight.

The winners of the 2017 Locus Awards were announced. Congratulations to the winners and nominees!

Kathleen Jennings walks through designing the trophy for this year’s Ditmar Awards.

Along similar lines, local glass artist Spike Deane unveils the gorgeous trophy she designed for the Australian Fairy Tale Society‘s new award. No official announcement of the award is yet available online.

The winners of the fifth annual Bisexual Book Awards were announced. However, the winner of the YA category caused some contention, as the book doesn’t in fact feature a bisexual main character.

Local writers should be aware that nominations are open for the ACT Book of the Year. Eligible books must have been published in 2016 and written by an author residing in the ACT. Deadline is 28 July.

Via File 770 comes news of a couple of bids to host Worldcon. Boston has withdrawn its bid to host in 2021 and has been replaced by Washington D.C. Of slightly more interest to Antipodean fans, New Zealand has a bid for 2020, which I hope will see a lot of support. Australia will have to wait its turn until 2025 and hope that Perth can beat out the US Pacific Northwest. I will certainly be keeping an eye on the situation.

Local writers may be delighted to learn that Isobelle Carmody was named the 2017 Writer-in-Residence at the ACT Writers Centre. She’ll be running a writing workshop on 2 September.

Over at No Award, Stephanie Lai discusses racial microaggressions at SFF cons and strategies for calling them out.

Muhammad Aurangzeb Ahmad sketches out the Muslim tradition of sci-fi and speculative fiction.

Uncanny Magazine is taking over Lightspeed Magazine’s Destroy series with Disabled People Destroy Science Fiction. The issue will feature a team of guest editors who are all disabled themselves, and will be funded by a Kickstarter to be launched on 24 July.

The Canberra Speculative Fiction Guild has announced that Chris Large and Leife Shallcross will be editing their forthcoming anthology. Titled A Hand of Knaves, it will be open for submissions in August.

Rosarium Publishing is also seeking submissions for their anthology Trouble the Waters: Tales from the Deep Blue. Stories up to 7K should be submitted by 1 November.

Jeannette Ng shares five tips about writing fictional cultures. The article is aimed at video game design, but could be applied to books.

Hodderscape delighted Twitter by announcing they’re publishing Becky Chambers’ next Wayfarers book, Record of a Spaceborn Few. Sadly, we’ll have to wait until next year for it, though pre-orders are open already.

YA author Amie Kaufman is perhaps best known for her team-ups with Megan Spooner (The Starbound Trilogy) and Jay Kaufman (The Illuminae Files). However, she’s just announced her first solo book. Ice Wolves, the first in the Elementals trilogy, will be out next year with Harper Collins.

The Furthest Station by Ben Aaronovitch
Retribution by Jennifer Fallon