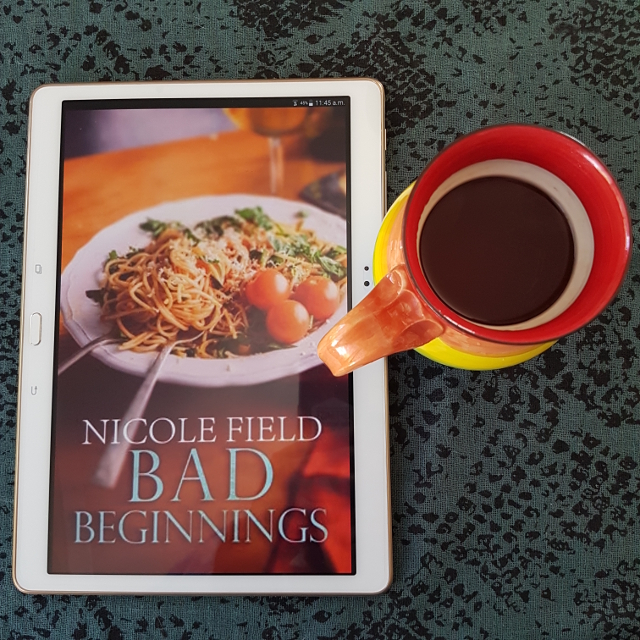 After the recent ending of a relationship, Kit feels lost and uncertain about where he stands without being in a relationship. Dante, on the other hand, has been waiting for this moment for years, and now that Kit is finally single he has no intention of wasting this chance.

But even the most sincere feelings and best intentions aren’t enough to guarantee happiness, and it’s a long road from a bad start to a happy end.

Bad Beginnings is a sweet romance that does a fantastic job of modelling respectful behaviour in a number of different ways.

It’s a friends-to-lovers story. Kit is a lawyer who has started a private practice with his best friend. Having recently split up with his boyfriend, he’s beginning to realise how claustrophobic his life has become: it’s all work and no play. While he’s not exactly happy about this and yearns for the steady relationship his best friend has, Kit is not the outgoing sort. The end of his relationship was a blow to his already low confidence. He’s uncomfortable in his own skin and he’s a bit embarrassed when Dante finds him at the gay nightclub he’s been pushed into visiting.

Dante is the brother of Kit’s best friend and has all the confidence Kit lacks. He runs his own tabletop gaming store, which automatically made him my favourite. He’s also great with people, a caring and considerate guy who tries to help others. When he discovers Kit is single again, he’s thrilled–and he makes his interest plain–but he also never pushes Kit. At every turn, he seeks Kit’s consent and backs off when it isn’t given or is withdrawn.

Consent is not the only way in which the book models respectful behaviour. Kit’s BFF, Con, is a trans man. This is not looked upon favourably by Con and Dante’s parents, who persistently misgender and deadname Con. However, this is never shown on screen. Whenever it takes place within a scene, the author is careful to paraphrase rather than trigger readers by depicting it directly.

Sex is also not depicted directly, so if you like your romances sweet rather than steamy, Bad Beginnings is a good choice.

The relationship between Kit and Dante is the biggest strength of the book and is let down by a weak crisis point. When Kit loses a work case, it triggers a crisis of confidence. However, it’s a sub-plot that never had much strength behind it. It’s a little too vague how Kit managed to lose the case and not entirely plausible that he’s never lost up until that point–particularly since the business has been running long enough to have two employees other than Kit and Con. Kit displaces his feelings of inadequacy by starting an argument with Dante. While this works, the resolution between them came a little too quickly. Instead of seeing Kit wrestle much with what he’s done, we jump back in after he’s already got his life pretty well put back together. It felt a little glossed over, with the story all too eager to focus on the next obstacle of Dante’s parents. The book could have benefited from a bit more length.

Nevertheless, Bad Beginnings was a charming read. I’m delighted to discover that Con’s story is told in the first book, so I will definitely be checking that out.