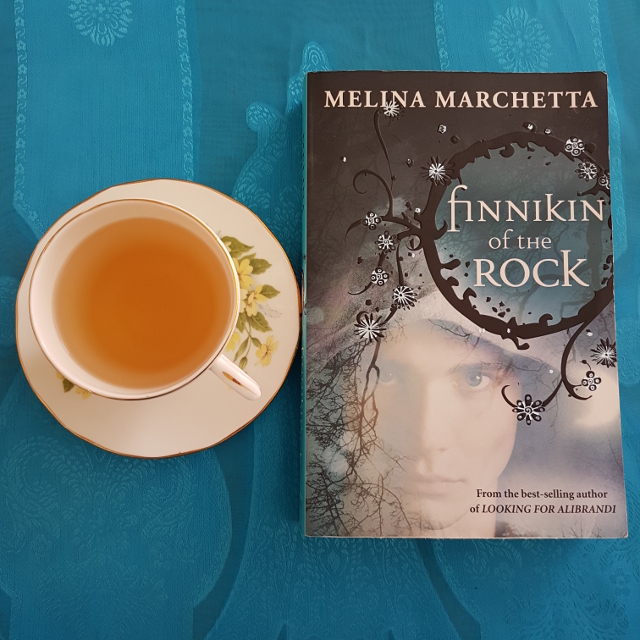 Finnikin of the Rock and his guardian, Sir Topher, have not been home to their beloved Lumatere for ten years. Not since the dark days when the royal family was murdered and the kingdom put under a terrible curse. But then Finnikin is summoned to meet Evanjalin, a young woman with an incredible claim: the heir to the throne of Lumatere, Prince Balthazar, is alive.

Evanjalin is determined to return home and she is the only one who can lead them to the heir. As they journey together, Finnikin is affected by her arrogance . . . and her hope. He begins to believe he will see his childhood friend, Prince Balthazar, again. And that their cursed people will be able to enter Lumatere and be reunited with those trapped inside. He even believes he will find his imprisoned father.

But Evanjalin is not what she seems. And the truth will test not only Finnikin’s faith in her . . . but in himself.

Melina Marchetta made a huge impact on Australian literature with her contemporary YA novel Looking for Alibrandi. More than a decade later, she made her debut into fantasy with Finnikin of the Rock. Reflecting this path, the book comes across as patchy, showing Marchetta’s experience as a writer in some places, while showing the flaws of a debut author in others.

Finnikin of the Rock shares some thematic concerns with Looking for Alibrandi. Both are concerned with identity and the experience of immigrants. However, while Looking for Alibrandi is concerned with an individual, first-generation Australian looking to negotiate between the different cultures she belongs to, Finnikin of the Rock is more concerned with nationhood and the plight of refugees. When the story begins, the nation of Lumatere is under a curse. A significant portion of its citizens were magically expelled from the kingdom, which has also been sealed off from the rest of the world. Attempts to enter the kingdom have resulted in death. Finnikin has long since given up hope of returning. Instead, he has concentrated his efforts on securing land for the refugees in order to establish a new home for them.

Marchetta doesn’t shy away from showing the plight of the refugees. Many camps are squalid and plagued with illness. There have been massacres and while the nobility are tolerated in other countries, the majority are shunned. Through Finnikin, the reader is encouraged to identify with them and sympathise with their desire for a place of safety, for a home.

Finnikin is an understandably angry character at the start of the book. Futile negotiations with foreign kingdoms on behalf of his people have left him despairing, though he never gives up. Marchetta shows her strengths as a writer in this complex character, gradually bringing him back to hope but in a way that brings him little comfort.

Evanjeline is less complex, but no less interesting. Her purpose is intentionally quite obvious from early on and she causes Finnikin no end of grief–particularly when she completely disregards his orders. I appreciated her strength of character and the tension between her purpose and her relationship with Finnikin. There is an inversion of power dynamics that grants her agency and keeps Finnikin on the back foot, reacting more than acting. In some respects, the book is more Evanjeline’s story than Finnikin’s.

Although the story was compelling, the pacing was also a bit slow. At one point, Finnikin is literally forced to backtrack in order to advance his relationship with Evanjeline in a manner that felt contrived and quickly undermined.

This is also a book concerned with violence against women. This primarily manifests within the kingdom of Lumatere itself, where the usurper and his forces prey on the (mostly young) women of the kingdom. There is also an attempted rape against Evanjalin. While these elements contributed to the bleakness of the story, they felt unnecessary. Perhaps the threat to the women of the kingdom was intended to show the ways in which people are kept oppressed and vulnerable. However, it came across a shortcut way to express the evil of the current rulers of Lumatere.

One other element I appreciated about the story was the presence of religion. It’s rare to see the inclusion of religion in fantasy in a way that is generally positive and contributed to the plot.

Overall, I found Finnikin of the Rock a promising debut, despite some flaws.