You are here: Home > The Wild Girl by Kate Forsyth

The Wild Girl by Kate Forsyth 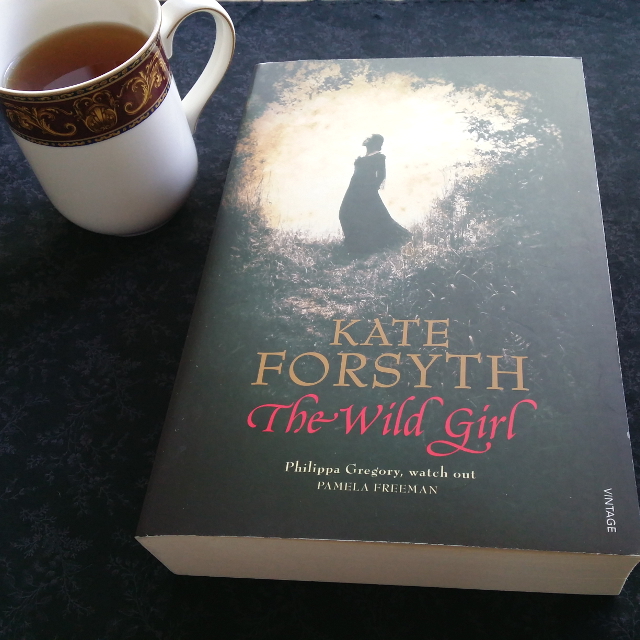 Dortchen Wild fell in love with Wilhelm Grimm the first time she saw him.

Growing up in the small German kingdom of Hessen-Cassel in the early Nineteenth century, Dortchen Wild is irresistibly drawn to the boy next door, the young and handsome fairy tale scholar Wilhelm Grimm.

It is a time of war, tyranny and terror. Napoleon Bonaparte wants to conquer all of Europe, and Hessen-Cassel is one of the first kingdoms to fall. Forced to live under oppressive French rule, the Grimm brothers decide to save old tales that had once been told by the firesides of houses grand and small all over the land.

Dortchen knows many beautiful old stories, such as Hansel and Gretel, The Frog King and Six Swans. As she tells them to Wilhelm, their love blossoms. Yet the Grimm family is desperately poor, and Dortchen’s father has other plans for his daughter. Marriage is an impossible dream.

Dortchen can only hope that happy endings are not just the stuff of fairy tales.

Kate Forsyth is one of those authors who has been on my radar forever but who I’ve never quite managed to read. Fortunately, the Once Upon A Time reading challenge provided the perfect excuse.

I’m not convinced The Wild Girl was the best place for me to start with Forsyth’s work, being more firmly grounded in historical fiction than I’m accustomed to. The book covers a period of approximately twenty years, from 1805 to 1825, and is divided into seven parts plus a prologue and an epilogue. The prologue is set in 1814 and does a good job of bringing together the three main threads of the novel–Dortchen’s relationship with Wilhelm, her relationship with her father and the historical context. It diffuses some of the tension from the novel while at the same time posing questions.

The book then jumps back to the first time Dortchen and Wilhem meet and tells the rest of the story chronologically. Because it covers such a long period the story is not afraid to skip forward in time, with chapters always listing the month and year to keep the reader oriented. I found the first section a bit bumpy, coming across as more of a series of vignettes that set up the context for the story. It is a bit heavier on the historical aspects, demonstrating the turmoil Napoleon and his armies caused in this part of the world. Once the political situation stabilises, so too does the narrative, allowing readers to develop more of a connection with the characters.

In this first section the characters appear more like caricatures that put me a bit in mind of Pride and Prejudice. Dortchen and her five sister each have their label–the pretty one, the smart one, the musical one, the wild one and so on–while Frau Wild dithers about, complaining of her nerves. Most of these portraits get filled out over time, though not all of Dortchen’s sisters remain in her sphere long enough for this to be the case.

I was a bit taken aback at the darkness of the story. Not only does it deal with the desperation of poverty and the horrors of war, but it also details physical and sexual abuse. Considering the nature of Grimms’ fairy tales, this seems fitting, though it is something of which readers should be aware.

Those fairy tales are scattered throughout the book, told by Dortchen and the women around her to the handsome Grimm brothers. These fairy tales are accompanied with other old lore; Dortchen knows her way around herbal remedies and even casts a spell or two, though the story remains firmly grounded in the mundane.

While The Wild Girl is a bit on the chunky side–over 500 pages–the chapters are short and easy to read. The style is quite lyrical and lovely in places, especially during Dortchen’s forays into the forest.

Overall, I found The Wild Girl fascinating, but not precisely my cup of tea.

7 Responses to The Wild Girl by Kate Forsyth