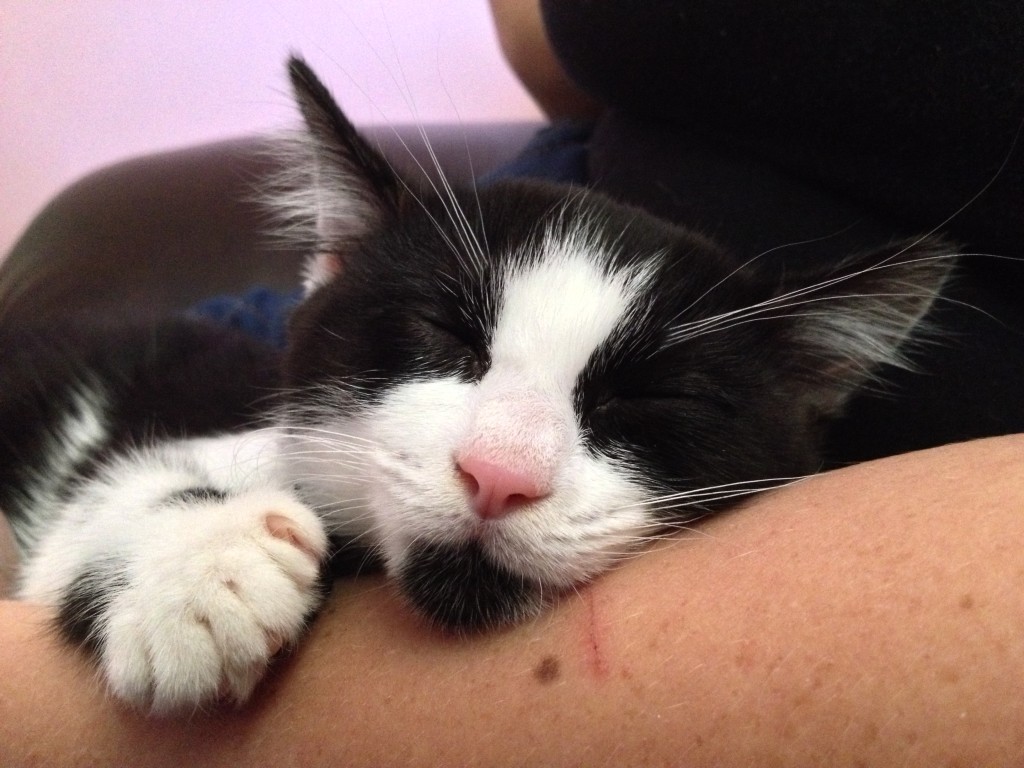 Today is Friday 13th, a time for black cats, superstition and (of course) witches. I might have a streak of practicality a mile wide, but I have a soft spot for witches in my reading material. Perhaps it’s because they often share that streak of practicality, along with a fierce sense of independence and a healthy dollop of bad-assery. So to celebrate this auspicious date, I thought I’d share a list of my 13 favourite bookish witches:

Minerva McGonagall from Harry Potter. I’m betting the only reason Hogwarts kept running while Dumbledore was off swanning around was because of this formidable witch. The head of Gryffindor might have been strict, but she was always scrupulously fair and practical to the bone. It’s no wonder Hermione kicked butt with McGonngall to look up to. 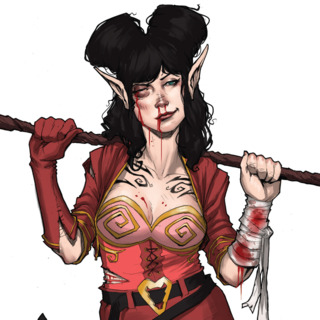 Speaking of kicking butt,
Hannah from the Rat Queens definitely makes the list. What she lacks in practicality, she makes up for with sass. This foul-mouthed witch possesses both powerful magic and a killer sense of style. When she’s not out shooting spells and adventuring with her sisters-in-arms, you can find her drinking the town dry or seducing the most handsome man in Palisade.

Seduction is the last thing on Kyoko Mogami‘s mind. So is magic, really. In fact, Skip Beat isn’t speculative fiction and Kyoko’s not technically a witch at all. However, whenever she thinks of how her childhood love used her to further his rock-star career before tossing her aside her rage manifests in the form of cute little demons. She’s also pretty handy with a curse doll.

Blackthorn from Blackthorn & Grim is also technically not a witch. She may not be able to use magic, but she knows her way around healing herbs. She’s also bound by a promise never to turn away those who ask her for help. As a result, she’s found herself investigating some sticky magical situations, utilising that streak of practicality I love and grumping about it all the while. 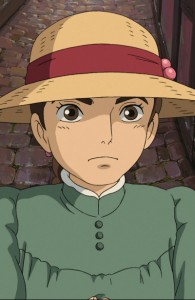 Sophie Hatter from Howl’s Moving Castle is not the most organised of witches but she’s not one for putting up with nonsense. Some might call her impulsive, but she sees the best in everyone (except Howl) and always tries to help where she can. She’s also able to talk life into inanimate objects.

I think Sophie would get along well with Agnieszka from Uprooted. Like Sophie, Agnieszka discovers her talent unexpectedly and finds it to be a powerful one. There were many things I loved about Agnieszka: her joy in learning to use her magic, the way she stood up for her own way of doing things and her deep loyalty to those she loves.

That last is a quality also shared by Ashala Wolf from The Tribe. Much like the animal with which she identifies, pack is everything to Ashala and she will do whatever she has to in order to make sure they are safe. Ashala is also a powerful dreamer with the ability to accomplish anything while asleep. Flying? Super strength? No problem! But it comes at a cost when she wakes up.

Vying with Ashala for scrappiest witch on this list is Hitomi from Sunbolt. In fact, these two share a lot in common. Both grew up rough and fight against oppression. Hitomi can create magic wards and speak to birds. She may not be as powerful as Ashala but she makes good use of what she has. 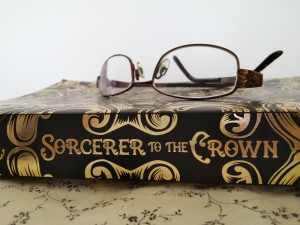 Another witch who knows something about oppression is Prunella from Sorcerer to the Crown. I was a bit of two minds as to whether to include Prunella on this list. She can be pretty selfish at times and thoughtless in the way she treats other people. At the same time, I admired her resourcefulness and determination on her quest to overturn society’s decree that magic is an inappropriate vocation for women. Zen Cho’s alternate London won’t know what hit it.

Also working against the bigotry of an alternate London is Jewish witch Mrs Esther Gold from A Charm of Magpies. Mrs Gold is no stranger to hard work; even pregnancy hardly slows her up. Her courage and sense of duty make it hard for her to sit on the sidelines when necessary, even though it also presents her with the chance to make good use of her organisational talents and That Look. Also, when was the last time you saw a pregnant witch (that wasn’t having a demon baby)?

Helen Adebayo from “Careful Magic” was my favourite character from the Kaleidoscope anthology. She is both OCD and the only declared Order worker at her school. I admired her quick thinking and the way she isn’t afraid to express her opinion.

There are witches and then there is Witch. Jaenelle Angelline from The Black Jewels Trilogy is the most powerful witch her world has ever seen, the Queen of Darkness. Don’t let that intimidate you, though. She treats everyone–human or otherwise–with the respect they deserve and wears her heart on her sleeve. She also can’t summon her shoes across the room most of the time and is a grump without her morning coffee. 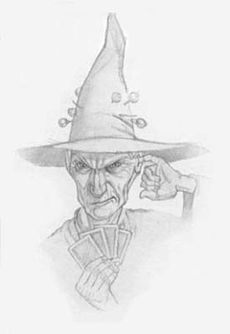 If Professor McGonagall made this list, it’s because Discworld‘s Granny Weatherwax paved the way. A more formidable witch is hard to find. If Granny Weatherwax appears to be less magically powerful than some others on this list, it’s because she knows there are many different types of power and she knows how to use them. A no-nonsense witch, she prefers to be respected than to be seen as Nice. And she’s certainly respected–even trolls and dwarves will detour around to the other side of the mountain rather than risk disturbing her.

I’m sure there are many other great witches I’ve missed. Who’s your favourite bookish witch?