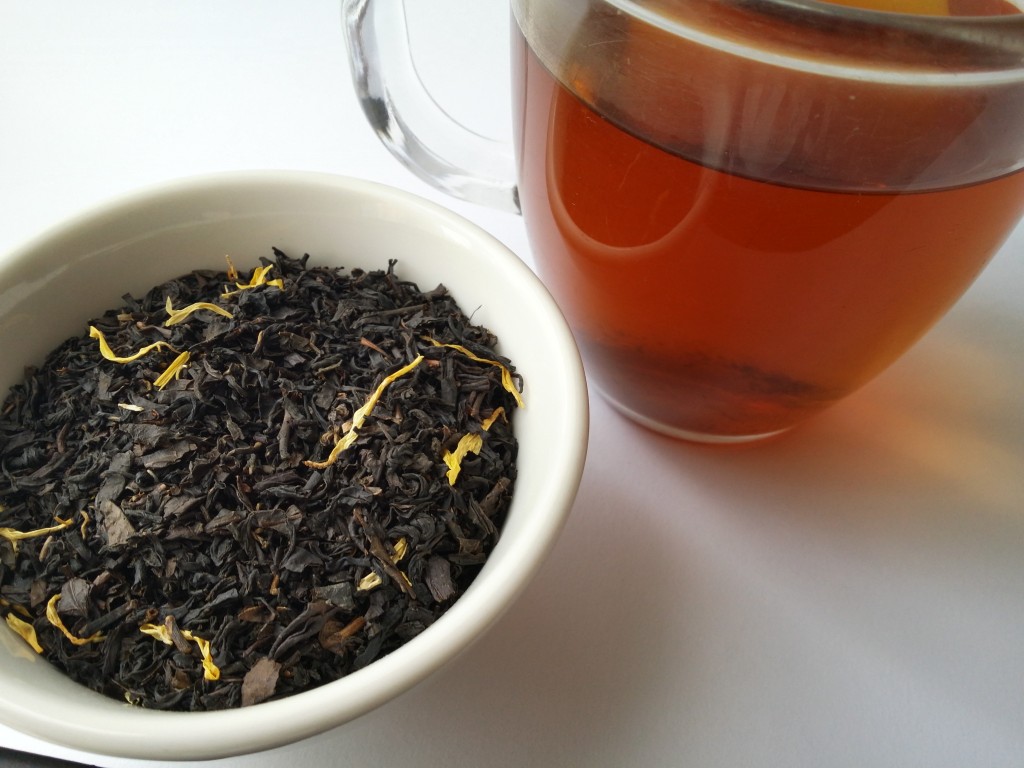 Loose-leaf Links is a feature where I gather together the interesting bits and pieces I’ve come across in the last month and share them with you over tea. Since the season for iced tea continues, this month’s tea is Apricot and Peach from Adore Tea. It’s one of the few teas I prefer iced over hot.

Whether iced or hot, you are definitely going to need a cup of tea for this month’s post–which is the longest links post I’ve yet written.

At the Canberra Speculative Fiction Guild‘s general meeting on Wednesday 17th February, I sat on a panel about blogging for writers. I was joined by Alis Franklin, Ian McHugh and Nalini Haynes. Alis has written a handy recap of the discussion.

Can you tell it’s award season?

The Ditmar shortlist has been released. The awards are by popular vote and recognise achievements in Australian speculative fiction and fandom. Members of the 2015 and 2016 Natcons are eligible to vote. In order to help voters make up their minds, FableCroft Publishing are offering their two nominated stories for free, as is author Alan Baxter.

Earlier this month the Aurealis Awards announced that this year’s awards will involve new categories for novellas. The shortlist was released not long afterwards. Like the Ditmars, the Aurealis awards recognise achievements in Australian speculative fiction but are awarded by a panel of judges. Both awards will be presented during Contact2016 in March

In international awards news, judges have been announced for both the Philip K. Dick Award and the World Fantasy Awards.

The Science Fiction Writers of America have released the shortlist for the 2015 Nebula Awards, the Ray Bradbury Award for Outstanding Dramatic Presentation, and the Andre Norton Award for Young Adult Science Fiction and Fantasy. The Nebula Awards are the US equivalent of the Ditmar Awards. If you’re an active member of SFWA, don’t forget to vote once the poll opens in March.

The British equivalent of the Ditmars and the Nebulas is the BSFA Award. The British Science Fiction Association have announced the shortlist and voting is currently open to members.

The 2016 Hugo Awards are still open for nominations from members of the 2015 & 2016 WorldCons until the end of March. Jim Hines took advantage of the current lull to take a look at the Sad Puppies 4 movement and whether/how they are different to their predecessors.

SFF cons have been on the radar for all the wrong reasons this month. Jason Sanford discusses how the World Fantasy Convention has penalised members of the community for waiting to buy their membership until WFC has harassment and accessibility policies in place. It seems that WFC finally got their act together and have posted their policies sometime in the last few weeks. Nevertheless, the point still stands.

Mark Oshiro has shared a horrific account of the persistent harassment and discrimination he faced at ConQuest46, despite being a Fan Guest of Honour.

Jim Hines follows up the account with his own collection of interesting and related links.

Via Smart Bitches, Trashy Books comes this gorgeous interview with Marjorie Liu on Guernica about racism, writing comics and the importance of romance novels.

This isn’t exactly bookish news, but exciting, nonetheless: Australia will soon be getting its first indigenous superhero on TV with the show Cleverman.

Bustle has an article on 8 feminist sci-fi books. I found it pretty disappointing to see nothing more recent than 2001.

If you’re a regular here, you’ll know I’ve been on a romance reading kick with Read My Valentine. So I was very delighted to come across this list of books about plus-sized women in romance.

You may have also noticed I’ve posted a few reviews of m/m romance. But where is all the f/f romance? If, like me, you’ve been struggling to find any, you might want to try these Goodreads lists of 2016 f/f SFF, non-YA lesbian and bisexual lady fiction without explicit sex scenes, and books with asexual spectrum f/f romances.  A special thanks to Lynn O’Connacht and @quartzen for drawing my attention to these.

YA Author Nita Tyndall will be launching her column Girl Talk next Monday and is looking for contributors:

Girl Talk is going to be a weekly segment on the blog, a space for queer women to share their stories and experiences, whether personal or book-related, in interviews or essays or narratives. What I’m aiming for with this series is to create a space where queer girls can read and see themselves validated, a space where they can read stories from queer girls their age or older queer women who’ve been there, a place to discuss queer books or life in general.

MOSFJournal of Science Fiction seeks to uphold the spirit of educated inquiry and speculation through the publication of peer-reviewed, academic articles, essays and book reviews exploring the interdisciplinary nature of science fiction. The journal welcomes unsolicited, original submissions from academics around the world about science fiction in all media (literature, film, television, videogames, art, oral history, etc.). Issues are published three times a year and each issue will feature 8 to 12 academic articles.

Ticonderoga Publications will be seeking submissions for a new anthology called Ecopunk. They’re looking for stories of 2-10K that take an optimistic outlook; be sure to check the guidelines for more details. The submission period won’t open until 15 May, which should give writers a bit of breathing space.

Uncanny Magazine are also open for submissions until 29 February. Writers still have a chance to make it if they work hard over the weekend!

Kat Clay is currently doing some research on establishing an Australian science fiction and fantasy writers association. If you’ve got some thoughts you’d like to share, I encourage you to fill out her survey.

The ACT Writers Centre are currently taking expressions of interest for HARDCOPY, their professional development project for Australian writers. The deadline closes 11 March.

This fascinating article on the differences in British and American attitudes towards the dictionary came to me via Jeff Lilly.

There are many reasons I love KJ Charles. This response to the Huffington Post on why writers should be paid is just one of those reasons.

Elizabeth Bear brings us this month’s reminder to practice self-care. Thanks to Pia Foxhall for the link.

Peter Ball gives his tips for writing novels by hand. I’ve tried a few of these and found them useful.

Justine Larbalestier demonstrates that writing is hard even for well-known authors.

It has been a month for all the genre drama. I mentioned last month the Booksmugglers were running a new column called Trope Anatomy 101. This month’s column on the Alpha Male/Alphahole trope had the romance community up in arms. While I’m not a fan of this particular trope, the framing of it wasn’t very flattering to the romance genre. Urban fantasy author Ilona Andrews offers a much more considered analysis of the trope in response.

The drama was not confined to romance and SFF this month. Reviewer Tim Hehir earned himself the wrath of the YA community with his review of Christopher Currie’s Clancy of the Undertow. Specifically:

Clancy tells her own story and her voice is a breath of fresh air in a genre usually filled with bratty, whining, self-obsessed, parent-hating, nobody-understands-me, no-one-has-ever-suffered-like-me heroines. She tells her own sad, touching and poignant coming-of-age story with such wit and liveliness that it was a pleasure to read.

This is Christopher Currie’s first book for Young Adults so he was probably not told that originality and three-dimensional characters were not required, thank you very much. Anyway, it is written and printed now so it is too late.

As Margo Lanagan so gorgeously put it:

You know, YA authors are a hospitable lot—if you don’t walk into the room flinging excrement at them. https://t.co/uz4cqVR5Ax

I was very disappointed to hear that PanMacmillan will be scaling down its digital imprint, Momentum, especially when they’ve supplied me with some excellent reading material.

In more positive news, the cover for Sofia Samatar’s forthcoming The Winged Histories has been released. Kathleen Jennings has written a fabulous post on the process of creating the artwork. The post comes complete with gifs.

Horror readers will be excited to hear that Shirley Jackson Award winner Kaaron Warren has signed a contract with IFWG Publishing Australia for a new novel called The Grief Hole.

Twelfth Planet Press have announced the Table of Contents for their forthcoming anthology Defying Doomsday. It is an impressive line-up. The anthology will focus on apocalyptic survival stories featuring characters with disabilities.

Lastly, Ticonderoga Publishing are running a Kickstarter campaign to fund The Year’s Best Australian Fantasy & Horror #6. They’ve passed their goal and are now aiming for some of their stretch goals.

6 thoughts on “Loose-leaf Links for February 2016”