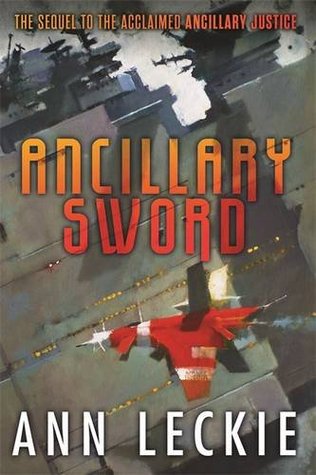 Breq is a soldier who used to be a warship. Once a weapon of conquest controlling thousands of minds, now she only has a single body and serves the emperor she swore to destroy.

Given a new ship and a troublesome crew, Breq is ordered to the only place in the galaxy she will agree to go: Athoek station, to protect the family of a lieutenant she once knew – a lieutenant she murdered in cold blood.

This is a book all about tea, so it should surprise no one that I loved it. Okay, perhaps that’s oversimplifying things a little. After all, Ancillary Sword is a complex novel.

It picks up within a few days of where Ancillary Justice left off. Having been promoted to the rank of Fleet Captain by Anaander Mianaai (or one version, at any rate), Breq is sent to Athoek Station to keep that system stable. Although the system has little strategic value, it is a major producer of the tea on which the empire runs.

If that sentence rings some colonial bells for you, it should. The cultivation of tea on Athoek relies in a large part on systemic inequality and oppression, much like it did and continues to do in reality. In Radch the kind of tea one drinks and the quality of the tea service one uses is tied intimately to status. But when you’re the last surviving incarnation of a warship’s AI–one who has seen every waking moment of every crew member, high-born and low–status doesn’t mean much.

Identity was a key theme of Ancillary Justice. Ancillary Sword is a slightly different beast. While it continues to grieve her, Breq is coming to terms with the fact she’s now an individual–albeit one who can connect to her ship in a unique way. The stability of Breq’s identity makes for a more linear story, one that isn’t split over two timelines and is therefore somewhat more comfortable for the reader. However, don’t be fooled into thinking this means you can relax your attention. There are new mysteries afoot and the more linear narrative doesn’t equate to transparent motives from the characters.

Injustice and inequality become the key themes, but interweave with the theme of identity rather than replacing it entirely. One common shortcoming in science fiction is the way any given planet only seems to be home to one race and one culture. Ancillary Sword messes with that by tying it to a colonialist attitude and racism; the high-born characters assume the same thing, conveniently oppressing minority cultures by erasing their existence. However, Breq doggedly acknowledges diversity and in doing so upsets the status quo.

Unsurprisingly, she also acknowledges the other AIs she encounters as entities in their own right and treats them with respect. This makes for an animistic world view that I found fascinating.

There is so much I found interesting in this novel that I could go on for hours. Instead, I will conclude by saying that Ancillary Sword is a story with depth, much like its predecessor. The pacing is perhaps a little slow at first, but, unlike Ancillary Justice, was quick to hook me in and doesn’t suffer from middle-book sag. Overall, it’s a thought-provoking read I highly recommend. 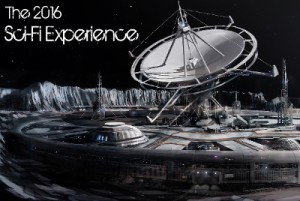