You are here: Home > The Hobbit: The Battle of Five Armies – Chronicles VI: The Art of War

The Hobbit: The Battle of Five Armies – Chronicles VI: The Art of War 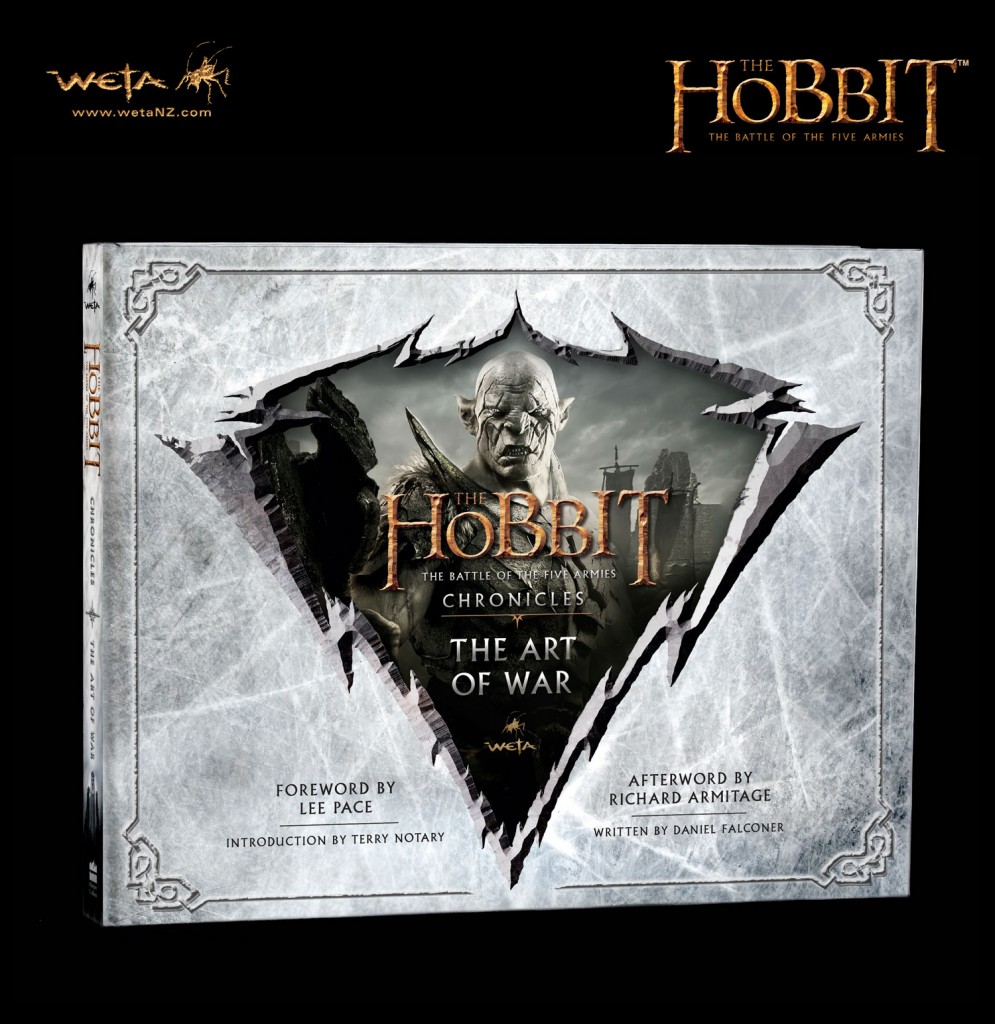 The ultimate celebration of the spectacular battle in the final Hobbit movie reveals in stunning detail the full creative vision of Peter Jackson and the filmmakers, together with extensive commentary from the director, cast, crew, and almost 2,000 exclusive photos, illustrations and visual effects imagery.

The Hobbit: The Battle of the Five Armies Chronicles – The Art of War goes behind the lines to explore how thousands of artisans brought the defining film of Peter Jackson’s adaptation of J.R.R. Tolkien’s The Hobbit to the screen. More than 1,000 intricate illustrations, stunning photographs and never-before-seen imagery illuminate fascinating insights shared by cast and crew, including exclusive content from the extended edition of the final film. Also included is an exclusive fold-out battle map illustrated by Weta Workshop Designer, Nick Keller!

Even though I didn’t agree with some of the story and directorial choices regarding The Hobbit movies, they were undeniably gorgeous movies. A lot of care and skill went into making them. This book unpacks just how much.

It is broken down into chapters that follow the plot of the movie, beginning with the destruction of Lake-town by Smaug, and moving on through the battle with the Necromancer at Dol Guldur, the fortification of Erabor and, of course, the Battle of Five Armies. Each double-page spread within the chapter focuses on one or two specific elements relating to that part of the story. For example, the chapter on Dol Guldur has sections that focus on the costumes of each of the characters involved in the sequence, the design of the elven rings of power, and the use of dummies within the movie. This provided a great structure to the book, giving it a focus and making it easy to follow.

Creators from across many departments share their stories in the text. This is generally kept to a couple of paragraphs, making it a good book to dip in and out of. One thing I loved about it was the sheer number of departments covered. Any given page may feature a costume jeweller, a digital effects supervisor, a stunt co-ordinator and an actor, or some other combination. Not only does this provide a variety of perspectives on the same scene, but it also highlights how closely the departments were working with each other.

The book makes plain the level of thought that went into every aspect of the movie, and touched on details I hadn’t noticed when watching the film, but delighted the geek in me. For example, Gloin’s full battle armour features the same helmet that his son Gimili would be shown wearing in The Lord of the Rings.

From a design perspective, the book itself isn’t perfect. It had a few typos scattered through it, some of the stills from the movie are quite fuzzy, and some of the imagery is not presented in the best possible way; I found it hard to make out the Nazgul’s dark outfits against the black background. It’s also a giant coffee-table book, so it’s not the easiest to handle, especially if you have bad wrists. However, these were small flaws in what is largely a gorgeous book.

If you are in any way a fan of the movies and you love to peek behind the scenes, this book is definitely worth getting.