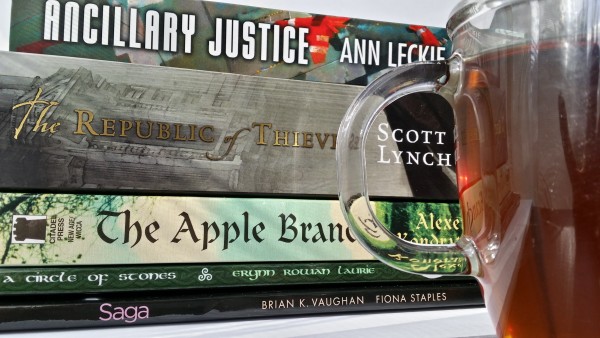 I think this month might be the first month this year I’ve broken even by reading as many books as I acquired. Now, if I can just improve on that a little…

25. The Republic of Thieves by Scott Lynch. Review forthcoming.

26. The Art of Effective Dreaming by Gillian Polack. Reviewed here.

The Court of Five Thrones Ch 32-42. The earlier chapters succeeded in making me cry, though I’ll refrain from saying why to avoid spoilers. As usual, a reminder that this is an original fantasy m/m erotica and not suitable for all audiences.

Your Blue-eyed Boys by Feather. Captain America fanfic dealing with Bucky’s recovery after the events of the Winter Soldier. The characterisation didn’t ring true for me, but I appreciated its treatment of PTSD and the difficulties Steve faces as a caregiver.