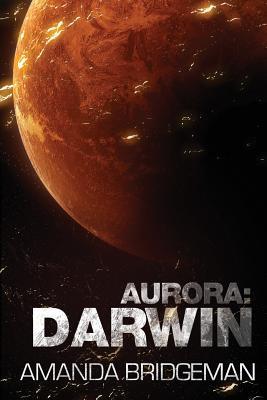 When a distress signal is received from a black-ops space station on the edge of inhabited space, Captain Saul Harris of the UNF Aurora is called in from leave to respond. But the mission is not what it seems. Female members of the United National Forces have not been allowed to travel into the outer zones before, but Harris is ordered to take three new female recruits.

For Corporal Carrie Welles, one of the Aurora’s new recruits, her first mission in space seems like a dream come true. Determined to achieve the success of her father before her, and suddenly thrust into a terrifying mission, she must work with her new captain and the strained Aurora crew to make it home alive.

When the Aurora arrives at the station Harris and Welles soon find themselves caught up in a desperate fight for survival. Station Darwin is not what they expected. The lights are off. But somebody is home.

What’s the first thing I do after signing up for a fantasy reading challenge? Why, dive into some science fiction, of course! What makes this weirder is that I’m not a huge sci-fi reader. However, Amanda and I travel in some of the same circles, so when there was an opportunity to check out the first of her series on NetGalley I decided to give it a go.

I’m glad I did. If you’re the sort of person who wants to know how gravity is generated on board theAurora or why the spaceship is so big in comparison to current technology, this is not going to be the book for you. This is soft sci-fi, preferring to concentrate on the relationships between characters rather than scientific details. It particularly touches on what it is like to be a woman in a male-dominated sphere.

Carrie is a relatively likeable character, being hard-working and passionate. She also has her flaws, one of which is a huge chip on her shoulder. Of the three female recruits to the Aurora, she is the one that deals most poorly with the harassment she receives at the hands of the other crew members. This may be because she is the only female recruit who specialises in combat–being a sharp-shooter–and she strives to prove she is just as good as her male counterparts at everything, even when her petite build makes that physically impossible. She verges on annoyingly foolish sometimes with the way she argues with her superior officers, but she gained back some respect from me by being quick to admit her mistakes.

There is a diverse mix of races and nationalities among the other crew members but I found the characterisation to be a bit shallow. Class differences came a little more into play, but the focus was very much on binary gender differences in a heterosexual context. This focus was somewhat integral to the plot but I hope to see more genuine diversity later in the series.

The beginning was a little rough and verged on info-dumping in places, especially when it came to setting the scene of Fort Centralis. There was also some awkwardnesswith abbreviations and acronyms that were mentioned once and then never come up again in the novel. However, once it got started, it was well-paced and I devoured it in no time. Some may feel the wrap-up was a bit drawn out, but I felt it held the tension well and played to that focus on character relationships, thoughthere were elements I didn’t agree with.

Safe to say I’m hooked. I’ve already snagged the next two in the series and am looking forward to diving in.